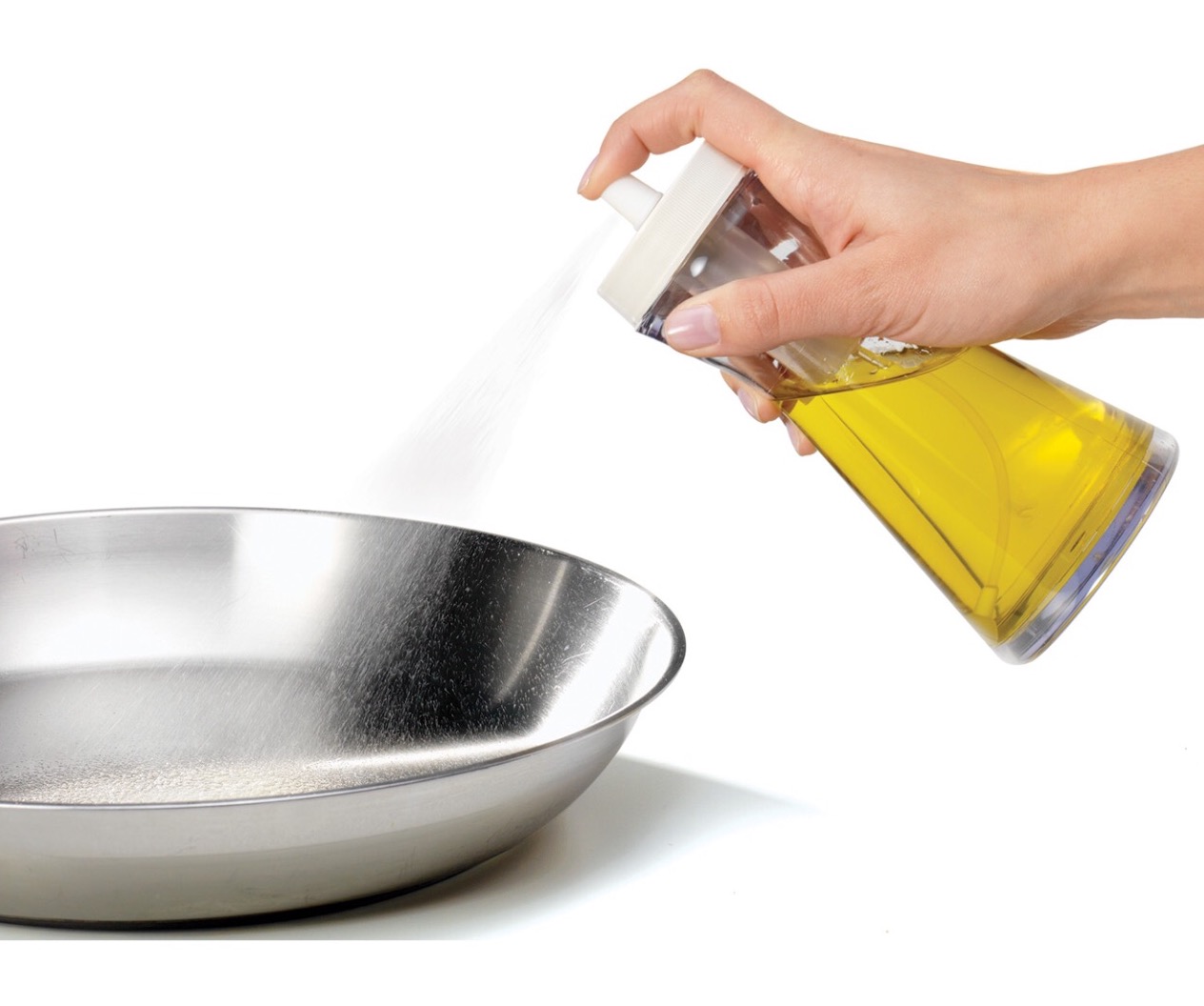 What is Oil Spray?

Oil spray is the spray version of cooking oil. They mostly come in spray form instead of liquid and in less calories than the liquid version of oil. They are also a thinner layer when applied in a frying pan or cooking pot making them the more healthy option. One spray is about 1 calorie. An average of 8 sprays make 1 table spoon of oil. Cooking oil spray has various flavours such as; Garlic, Coconut, Olive, Avocado, Grapeseed, Sunflower and Rapeseed.

The difference between oil and oil spray

The very first obvious difference is that cooking oil is liquid at room temperature or solid when cold and cooking oil spray is gas.

With cooking oil spray, since 1 spray is about 1 calorie it is easy to measure and count the number of oil calories used in cooking, frying or dressing salads.  While one might spill a little bit too much oil when using liquid.

Cooking oil can become dangerous and unhealthy when heated beyond some temperatures while cooking oil spray has no such danger.

Cooking oil spray can be highly explosive or inflammable, it should be kept away from naked fire. While cooking oil is much safer.

Here are the various ways Cooking oil spray is used:

Anything negative about cooking oil spray?

Cooking oil spray could be a safety hazard as it is highly inflammable, please keep it away from children and from naked fire.

Cooking oil spray is the gas version of oil as opposed to the liquid version. It is used in so many ways such as frying, salad dressing, detangler and pot or pan liner. When we use oil spray instead of oil, we consume less oil and less calories. It is healthy. There are so many flavours of oil spray. Cooking Oil Spray is the best type of oil to use in everything we do with our food. Start using oil spray by clicking on any of the links below.

This article has 8 Comments